“When we retire at night, we constructively review our day. Were we resentful, selfish, dishonest or afraid? Do we owe an apology? Have we kept something to ourselves which should be discussed with another person at once? Were we kind and loving toward all? What could we have done better? Were we thinking of ourselves most of the time? Or were we thinking of what we could do for others, of what we could pack into the stream of life? But we must be careful not to drift into worry, remorse or morbid reflection, for that would diminish our usefulness to others. After making our review we ask God’s forgiveness and inquire what corrective measures should be taken.

On awakening let us think about the twenty-four hours ahead. We consider our plans for the day. Before we begin, we ask God to direct our thinking, especially asking that it be divorced from self-pity, dishonest or self-seeking motives. Under these conditions we can employ our mental faculties with assurance, for after all God gave us brains to use. Our thought-life will be placed on a much higher plane when our thinking is cleared of wrong motives.

In thinking about our day we may face indecision. We may not be able to determine which course to take. Here we ask God for inspiration, an intuitive thought or a decision. We relax and take it easy. We don’t struggle. We are often surprised how the right answers come after we have tried this for a while.

What used to be the hunch or the occasional inspiration gradually becomes a working part of the mind. Being still inexperienced and having just made conscious contact with God, it is not probable that we are going to be inspired at all times. We might pay for this presumption in all sorts of absurd actions and ideas. Nevertheless, we find that our thinking will, as time passes, be more and more on the plane of inspiration. We come to rely upon it.

We usually conclude the period of meditation with a prayer that we be shown all through the day what our next step is to be, that we be given whatever we need to take care of such problems. We ask especially for freedom from self-will, and are careful to make no request for ourselves only. We may ask for ourselves, however, if others will be helped. We are careful never to pray for our own selfish ends. Many of us have wasted a lot of time doing that and it doesn’t work. You can easily see why.”
― Bill Wilson

So I called in the doctor and tried to tell him, as best I could, what had happened. And he said, “Yes, I have read of such experiences but I have never seen one.” I said, “Well doctor, examine me, have I gone crazy?” And he did examine me and said, “No boy, you’re not crazy. Whatever it is, you’d better hold onto it. It’s so much better than what had you just a few hours ago.” Well, along with thousands of other alcoholics, I have been holding on to it ever since.

But that was only the beginning. And at the time, I actually thought that it was the end, you might say, of all my troubles. I began there, out of this sudden illumination, not only to get benefits, but to draw some serious liabilities. One of those that came immediately was one that you might call Divine Appointment. I actually thought, I had the conceit really to believe, that God had selected me, by this sudden flash of Presence, to dry up all the drunks in the world. I really believed it. I also got another liability out of the experience, and that was that it had to happen in some particular way just like mine or else it would be of no use. In other words, I conceived myself as going out, getting hold of these drunks, and producing in them just the same kind of experience that I had had. Down in New York, where they knew me pretty well in the A.A., they facetiously call these sudden experiences that we sometimes have a “W.W. hot flash.” I really thought that I had been endowed with the power to go out and produce a “hot flash” just like mine in every drunk.

Well, I started off; I was inspired; I knew just how to do it, as I thought then. Well, I worked like thunder for 6 months and not one alcoholic got dried up. What were the natural reactions then? I suppose some of you here, who have worked with alcoholics, have a pretty good idea. The first reaction was one of great self-pity; the other was a kind of martyrdom. I began to say, “Well, I suppose that this is the kind of stuff that martyrs are made of but I will keep on at all costs.” I kept on, and I kept on, until I finally got so full of self-pity and intolerance (our two greatest enemies in the A.A.) that I nearly got drunk myself. So I began to reconsider. I began to say, “Yes, I found my relief in this particular way, and glorious it was and is, for it is still the central experience of my whole life. But who am I to suppose that every other human being ought to think, act and react just as I do? Maybe were all very much alike in a great many respects but, as individuals, we’re different too.” ~ Bill W. (June 1945) 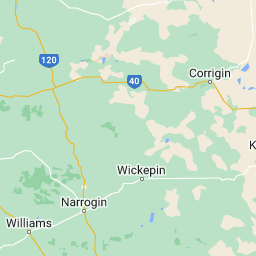 MOST OF us have been unwilling to admit we were real alcoholics. No person likes to think he is bodily and mentally different from his fellows. Therefore, it is not surprising that our drinking careers have been characterized by countless vain attempts to prove we could drink like other people. The idea that somehow, someday he will control and enjoy his drinking is the great obsession of every abnormal drinker. The persistence of this illusion is astonishing. Many pursue it into the gates of insanity or death.

We learned that we had to fully concede to our innermost selves that we were alcoholics. This is the first step in recovery. The delusion that we are like other people, or presently may be, has to be smashed.

We alcoholics are men and women who have lost the ability to control our drinking. We know that no real alcoholic ever recovers control. All of us felt at times that we were regaining control, but such intervals-usually brief-were inevitably followed by still less control, which led in time to pitiful and incomprehensible demoralization. We are convinced to a man that alcoholics of our type are in the grip of a progressive illness. Over any considerable period we get worse, never better.

We are like men who have lost their legs; they never grow new ones. Neither does there appear to be any kind of treatment which will make alcoholics of our kind like other men. We have tried every imaginable remedy. In some instances there has been brief recovery, followed always by a still worse relapse. Physicians who are familiar with alcoholism agree there is no such thing as making a normal drinker out of an alcoholic. Science may one day accomplish this, but it hasn’t done so yet.

Despite all we can say, many who are real alcoholics are not going to believe they are in that class. By every form of self-deception and experimentation, they will try to prove themselves exceptions to the rule, therefore nonalcoholic. If anyone who is showing inability to control his drinking can do the right- about-face and drink like a gentleman, our hats are off to him. Heaven knows, we have tried hard enough and long enough to drink like other people!

“Some of you are thinking: “Yes, what you tell us is true, but it doesn’t fully apply. We admit we have some of these symptoms, but we have not gone to the extremes you fellows did, nor are we likely to, for we understand ourselves so well after what you have told us that such things cannot happen again. We have not lost everything in life through drinking and we certainly do not intend to. Thanks for the information.”

That may be true of certain nonalcoholic people who, though drinking foolishly and heavily at the present time, are able to stop or moderate, because their brains and bodies have not been damaged as ours were. But the actual or potential alcoholic, with hardly an exception, will be absolutely unable to stop drinking on the basis of self-knowledge. This is a point we wish to emphasize and re-emphasize, to smash home upon our alcoholic readers as it has been revealed to us out of bitter experience.” ~pages 38-39, Alcoholics Anonymous.

About A.A. Chapter 3, More About Alcoholism

The Program is a Life Jacket, By Tom Powers

TIME FOR THE SILVERBIRD 4

A 5th Step Reflection for a Sponsee

There’s a lot of Seacoast Recovery going on

TIME FOR the SILVERBIRD 3

The Dangers Of Alcohol To Pregnancy

4 Types of Therapy That Can Help Your Addiction

5 ways you can help someone to deal with mental illness

NOT AUSSIE BUT INTERESTING: Good Life

staying clean one day at a time in australia

an australian elderwoman – that’s me

a free roaming look at recovery . its been 30 years for me now and i weary a little of some of the restrictions and dishonest presentation of recovery in formulaic fellowship yak. This site is my own ramblings and things that interest me no matter where it comes from Its what I actually do and think and what has helped and hurt me. I LOVE RECOVERY but at 68 years of age I CRAWL BEFORE NOONE.

“As I stood on the lonely backroad, I’m sure I heard birds, kookaburras, laughing …” ― Steven Herrick

There were happy days, with watermelon, and sad days of whiskey.”

Nanny Ogg appreciated fine wine in her very own way. It would never have occurred to Casanunda that anyone would top up white wine with port merely because she’d reached the end of the bottle.

WHEN THE NIGHT COMES

MOVE ON NOW TO SILVERBIRD9

POEM BY THE 2 YEAR OLD

Learning to stumble through life without the comfort of booze.

A sweary alcohol recovery blog written by a Yorkshireman

Process Not An Event

A woman's quest for one year of sobriety

A mom, wife and professional's journey on recovering from addiction and finding her true happiness.

I used to drink and now I don't

by Julie Blue
LIGHT ON THE THRESHOLD

My life and other sordid tales

Rowing from Home to Home